According to Bloomberg and the U.S. Energy Information Administration and thanks in large part to the displacement of coal for cleaner natural gas, wind and solar power, the American electric power industry’s CO2 emissions have fallen to levels not seen since about 1990. 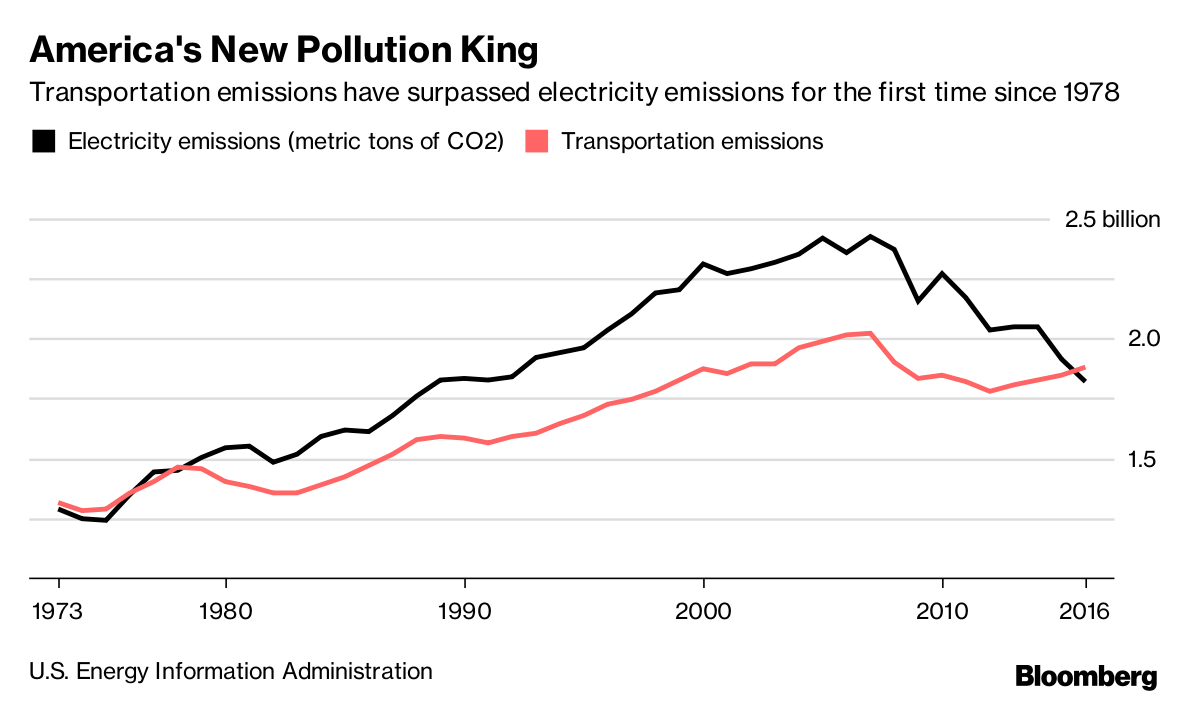 The article goes on to say, “The big reversal didn’t happen because transportation emissions have been increasing. In fact, since 2000 the U.S. has experienced the flattest stretch of transportation-related pollution in modern record keeping, according to data compiled by the U.S. Energy Information Administration. The big change has come from the cleanup of America’s electric grid….

Electricity use in the U.S. hasn’t declined much in the last decade, but it’s being generated from cleaner sources. A dramatic switch away from coal, the dirtiest fuel, is mostly responsible for the drop in emissions. Coal power has declined by more than a third in the last decade, according to the EIA, while cleaner natural gas has soared more than 60 percent. Wind and solar power are also increasingly sucking the greenhouse gases out of U.S. electricity production.
This is good news, and not just because carbon dioxide emissions are the biggest contributor to global climate change. The shift to cleaner energy also has immediate local improvements to health by reducing the burden of asthma, cancer and heart disease.”
in Uncategorized 0 comments
Share

The Highest Impact Choices You Can Make for the Environment

Build More to Drive Down the Price of Wind and Solar