Climate Change Is Current Threat: Shifting Attitudes in the US

According to a recent survey from Yale and George Mason University, National Geographic reports that the attitudes towards climate change are shifting. A record number of Americans are acknowledging it, and those that believed in it before now see it as a more pressing issue.

A Toolkit to Reduce Your Carbon Footprint 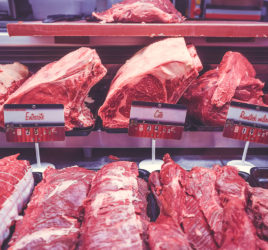 A Digestible Solution to Climate Change