Some often assert that environmental regulations hurt the economy. A new study shows another case where the opposite was true. The numbers are in for the nine states that have been participating in the RGGI, or Regional Greenhouse Gas Initiative. After ten years of the program, the Acadia Center released a report that reveals Connecticut, Delaware, Maine, Maryland, Massachusetts, New Hampshire, New York, Rhode Island, and Vermont have seen significant both environmental and economic improvements. This is a signal that regional efforts among states and cities can be powerful drivers of change, and it also disproves the old line that “going green” would be too expensive and harm the economy.

A decade of data from nine states provides solid environmental, health, and economic reasons to shift to a greener economy. They’ve also done the heavy lifting of designing and troubleshooting policy and programs that work, which the rest of the country should be able to copy and tweak.

See how you can help Fight Climate Change locally by joining a Community Solar Farm. 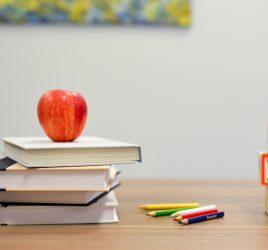 Going Green for Back to School